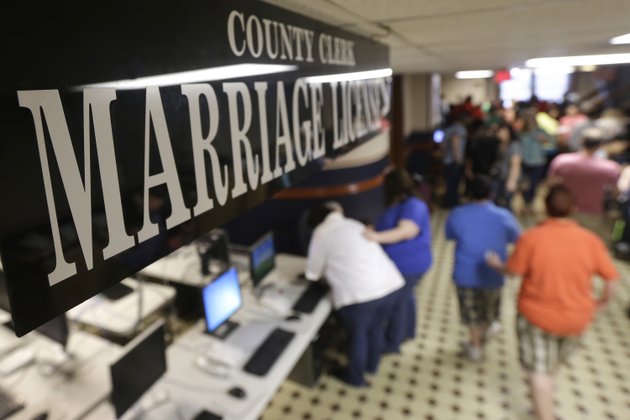 LITTLE ROCK, Ark. – A judge ordered Arkansas officials on Tuesday to recognize more than 500 same-sex marriages performed in the state last year, a move that will let the couples enjoy a host of benefits such as filing taxes jointly and enrolling together in state health insurance plans.

Some of the same-sex couples who married in Arkansas last year filed a lawsuit in February alleging that the state was violating their rights by not recognizing the unions. Griffen’s ruling means the couples can file taxes jointly, appear jointly on a child’s birth certificate, enroll together on state health insurance plans and even file for divorce.