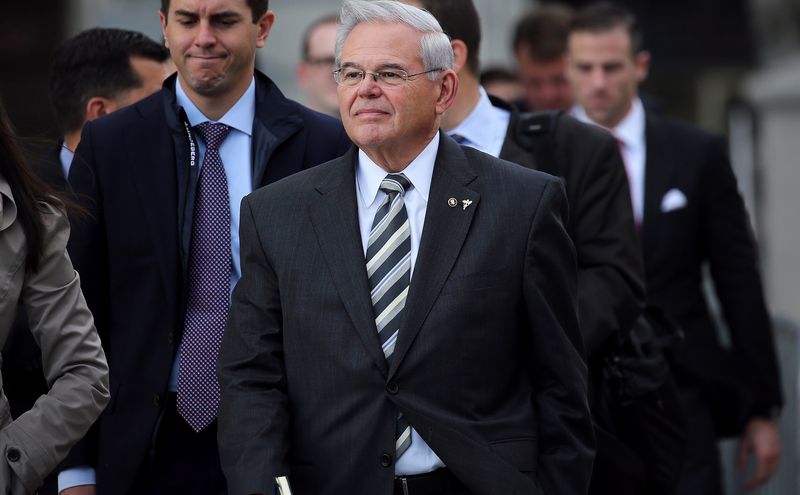 NEWARK — The federal corruption case against U.S. Sen. Robert Menendez went to the jury Monday afternoon, leaving seven women and five men to decide whether lavish gifts he accepted from a wealthy friend were acts of generosity or payment for his political clout.

In more than two-and-a-half hours of closing remarks, Abbe Lowell — Menendez’s lead defense attorney — argued the government’s years-long investigation of his client had not produced any evidence that Salomon Melgen’s gifts or the senator’s actions were part of an explicit quid pro quo arrangement.

“Not one email, not one document even hints at such a corrupt agreement,” Lowell said.

The Justice Department has accused Menendez, 63, of accepting private plane flights, campaign contributions and other gifts from Melgen, a wealthy Florida ophthalmologist, in exchange for intervening on the doctor’s behalf in an $8.9 million Medicare billing dispute, a foreign port security contract and the visa applications of women the government has described as Melgen’s foreign girlfriends.