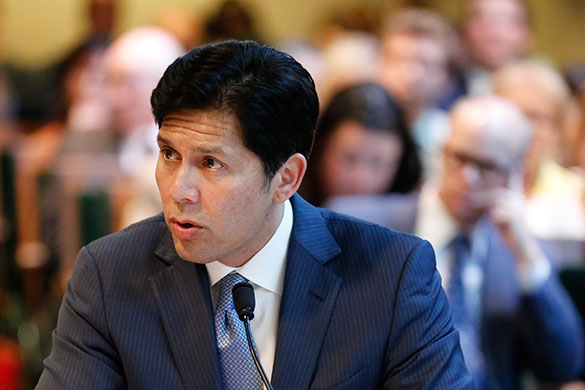 State Senate President Pro Tem Kevin de León formally unveiled his daring challenge to Sen. Dianne Feinstein on Sunday, setting up a generational confrontation over the direction of the Democratic Party between one of California’s political stalwarts and the little-known Los Angeles lawmaker.

De León made his plans known in a video. A public announcement is planned for Wednesday at Los Angeles Trade Technical College.

“The state has changed significantly over the past 25 years and we are overdue for a real debate on the issues, priorities and leadership that the voters want from their senator,” he said in an interview with The Sacramento Bee on Sunday. “California deserves a senator that will not just fully resist the Trump presidency, but also understands the issues that most Californians face every day: That’s fighting for Medicare for all. That’s fighting for our Dreamers. That’s fighting against climate change.”

He added: “Change is needed to fully resist Trump’s pernicious or mean-spirited actions against our state.”