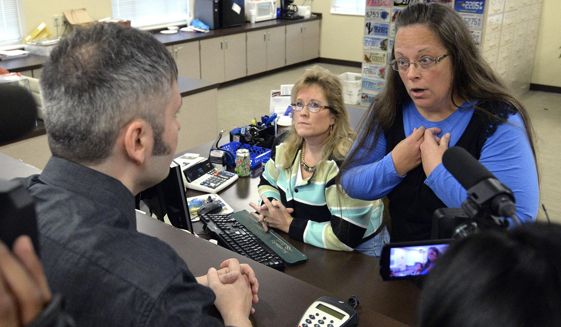 ASHLAND, Ky. — A federal judge ordered a defiant county clerk to jail for contempt Thursday after she insisted that it would violate her conscience to follow court orders to issue marriage licenses to gay couples.

Rowan County clerk Kim Davis and her deputy clerks were summoned to appear before U.S. District Judge David Bunning after she repeatedly denied them marriage licenses, cited her religious beliefs and “God’s authority.”