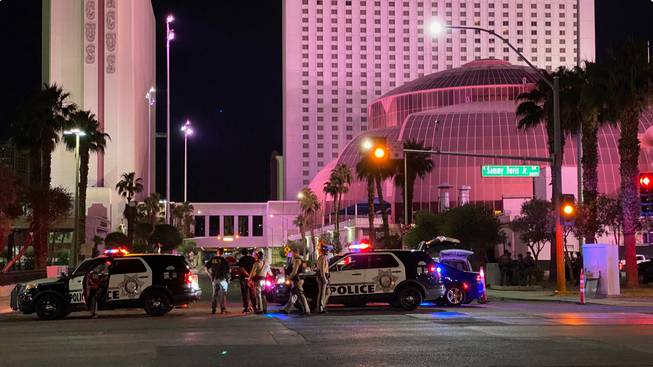 A police officer was shot late Monday night toward the end of a Black Lives Matter protest on the Las Vegas Strip, according to Metro Police.

Police say the other incident is an officer involved shooting near the Federal Courthouse on Las Vegas Boulevard. The person’s well being is unknown. Authorities roped off the area near Bridger Avenue and Las Vegas Boulevard where the shooting happened and pushed people away from the scene.

It has also blocked off Strip traffic.

There is heavy police presence at University Medical Center blocking the entrances to the emergency room. Gov. Steve Sisolak said early Tuesday that he’d been notified of the shootings and was in contact with authorities.