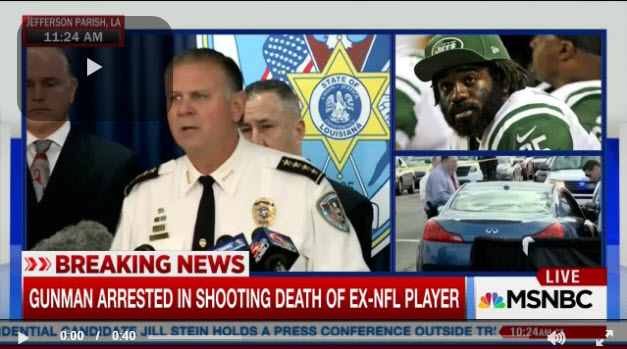 While speaking to reporters about the investigation into the man who shot Joe McKnight, Normand addressed obscene comments and threats that have been made toward officers in his department since the investigation began.

“Not a single witness has said up to this day that there was one racial slur uttered during the course of these events and unfortunately, a life was lost, but you want to know something, folks?” Normand said. “Two people engaged in bad behavior that day. Why? I don’t know, but they did.”

“It’s not fair for him to be called, ‘You punk ass Uncle Tom coon — We saw you sell out to them you rat ass faggot punk.’ That’s the tone of what we call our elected leaders for standing up and saying let justice prevail and let the process take its course?”