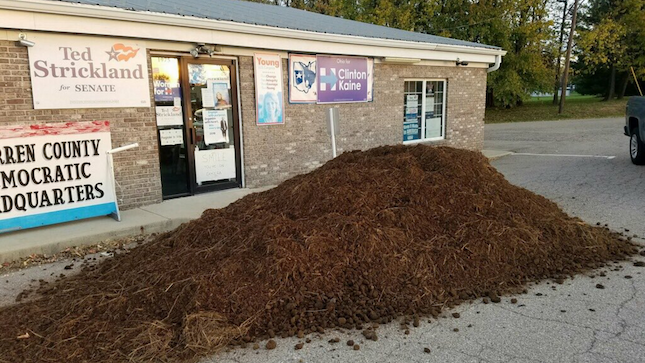 A large truckload of manure was dumped in front of the Warren County Democratic Party headquarters in Ohio, according to The Washington Post.

A similar incident happened at the same offices in 2012, but nobody was ever charged with the crime, the Post notes.

“At the time, we did not have a camera system, because it kind of caught us by surprise,” said Bethe Goldenfield, the chairwoman of the Warren County Democratic Party.