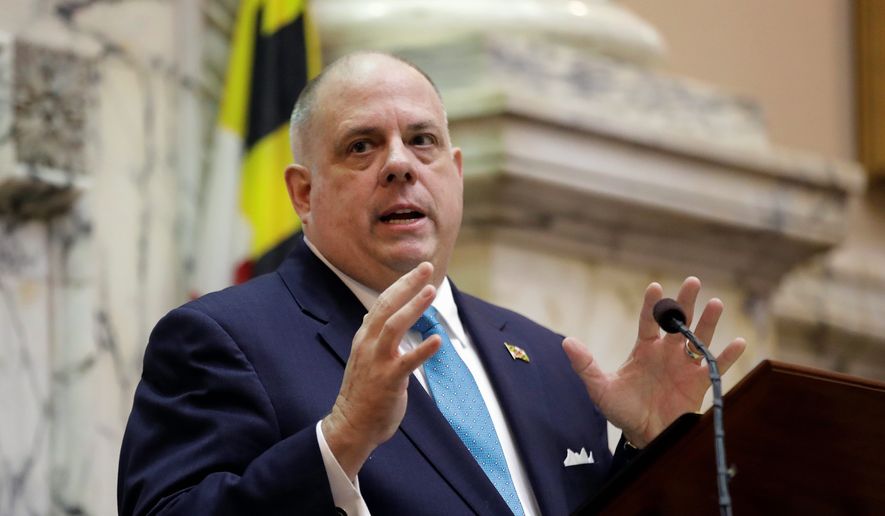 The Republican governor called Sunday on Montgomery County Executive Marc Elrich to reverse his “terrible” decision barring the display of the wooden American flag featuring a blue horizontal line, a gift from local artisan James Shelton and his young son.

“I strongly call on Mr. Elrich to immediately reverse this terrible decision and to apologize to the police and the citizens of Montgomery County,” Mr. Hogan tweeted.

Mr. Elrich banned the 5th District Station in Germantown from displaying the pro-police flag, calling it “divisive,” after the Montgomery County Department of Police posted of a photo of the Sheltons presenting the banner to officers for National First Responders Day.