Matthew leaves 18 dead in US; 8 killed in North Carolina amid severe flooding 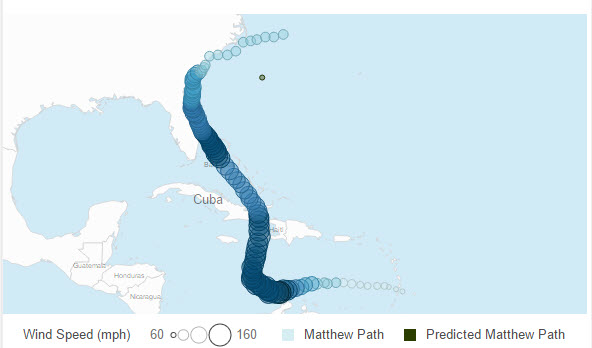 As North Carolina reeled from Matthew’s devastating flooding, officials announced Sunday that the storm killed at least eight people in the state, and 18 overall in the U.S.

Dozens of people — including a woman and her small child — had to be rescued from their cars as life-threatening flash floods surprised many in North Carolina. Rivers and creeks overflowed, driving people from their homes.

The unofficial rainfall totals were staggering: 18 inches in Wilmington, 14 inches in Fayetteville and 8 inches in Raleigh. “This is a very, very serious and deadly storm,” Gov. Pat McCrory said.

Officials in Haiti said the storm killed more than 500 people when it tore across the country as a hurricane.

Shortly before daybreak, the hurricane was downgraded to a post-tropical cyclone. As of 8 a.m. EDT, the storm was centered about 60 miles southeast of Cape Hatteras, North Carolina, moving out to sea. It still had hurricane-force winds of 75 mph.