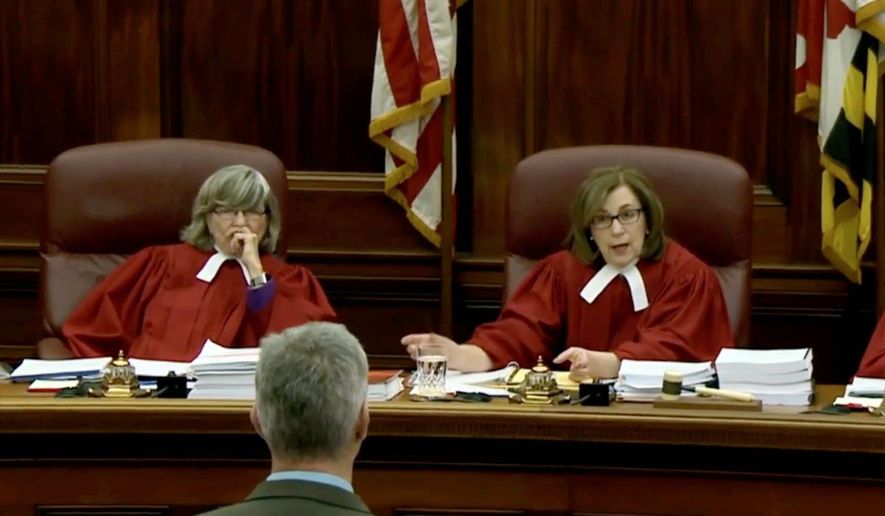 ANNAPOLIS — Maryland Attorney General Brian Frosh’s office offered a new explanation Friday for why the state has refused to pursue a bar complaint against Hillary Clinton’s lawyers over their role in deleting her emails: They changed the rules.

Mr. Frosh’s office said a rules change last year — after the complaint was filed against David E. Kendall, Cheryl Mills and Heather Samuelson — gives them permission to ignore a complaint brought by Ty Clevenger, a crusading lawyer who says he’s being stonewalled because of politics.

The case has taken a number of twists, with bar counsel, charged with reviewing lawyer complaints, initially saying Mr. Clevenger wasn’t aggrieved — though the rules at the time didn’t require that proof. Then at a state circuit court hearing the attorney general’s office called Mr. Clevenger’s complaint “frivolous.”

Now, in oral argument at Maryland’s highest court Friday, state lawyers said a rules change that had been in place before the circuit hearing — but which they forgot about at the time — gives them permission to refuse to investigate any complaints from people who don’t have personal knowledge.