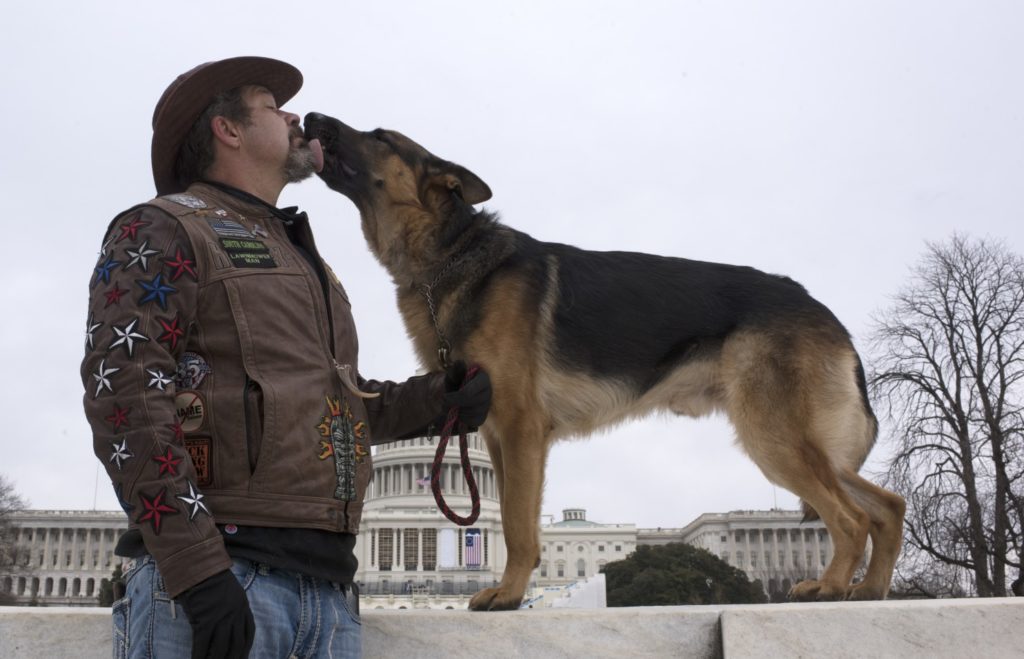 Chris Cox surveyed a small park near the U.S. Capitol, his German shepherd by his side. Wearing a Harley-Davidson jacket and a crocodile-skin cowboy hat adorned with the animal’s teeth atop his moppy, curly hair, Cox made for a particularly discordant sight in the heart of federal Washington on a misty weekend morning.

But Cox had logistics to sort out, an Inauguration Day demonstration with motorcycle die-hards from across the nation to plan.

The 48-year-old chain-saw artist from South Carolina was an early and enthusiastic supporter of President-elect Donald Trump. Now that his guy has won, Cox wants to ensure that the group he founded, Bikers for Trump, strengthens its political muscle during Trump’s presidency and beyond.