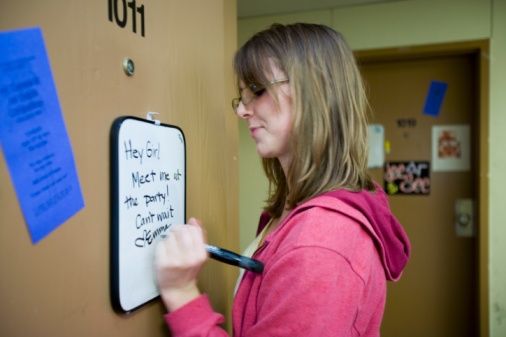 Administrators at Michigan State University have introduced a policy which will prevent students from hanging white boards outside of their dorm rooms in an effort to prevent racist messages from appearing on dormitory walls.

The new policy, which will go into effect in Fall 2017, will prevent students from putting up white boards outside of their dorm rooms in an effort to curb issues with bullying on campus.

“In any given month, there are several incidents like this. There was no one incident that was the straw that broke the camel’s back,” said Kat Cooper, director of University Residential Services Communications. “Sometimes these things are racial, sometimes they’re sexual in nature. There are all sorts of things that happen.”

Cooper argued that the increasing amount of inappropriate messages written on white boards was enough for the school to rethink their policy on their usage in dormitory hallways.

“Their utility as a communication tool no longer outweighed the attractive nuisance that they are,” Kat Cooper said.