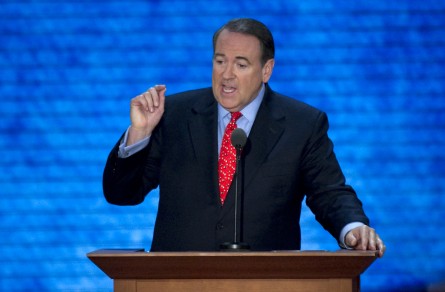 South Dakota conservatives are actively seeking an alternative candidate to Rounds in the race to replace retiring Democratic Sen. Tim Johnson. None has stepped forward so far, but Rep. Kristi Noem has not taken her name out of consideration yet.

â€œMy long time friend, Mike Rounds, is exactly what we need in the United States Senate,â€ Huckabee said in a statement. â€œHis experience as governor of the great state of South Dakota, dedication to tackling the federal debt, strengthening and honoring our military, border security, as well as his strong support of faith, family, life and freedom â€” makes my endorsement a great pleasure.â€