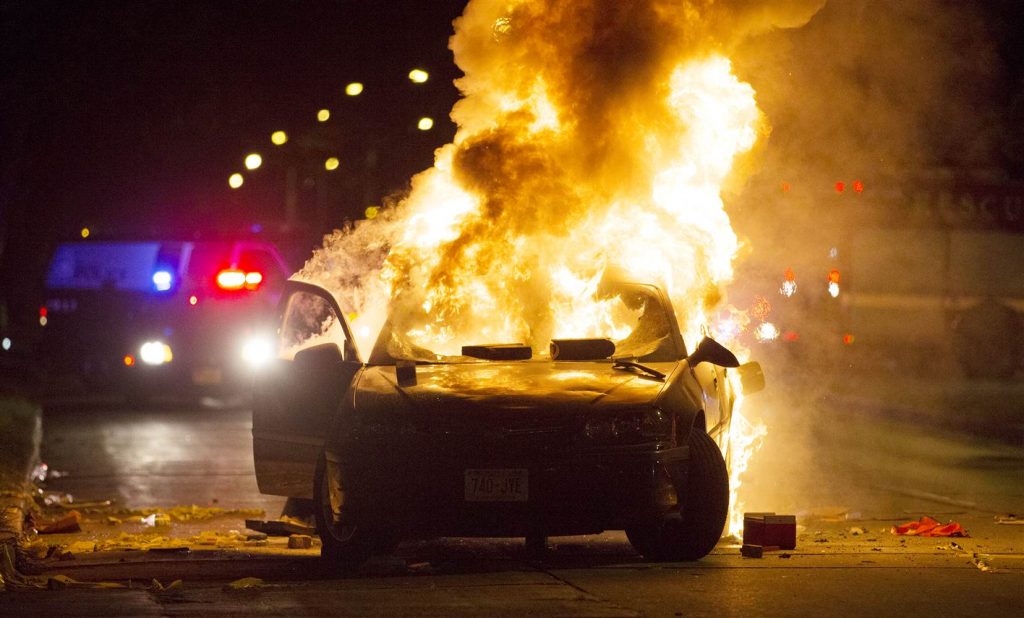 Violence and protests erupted in Milwaukee overnight after a man was fatally shot by police during a foot chase.

Police said the victim, 23, was armed with a handgun and shot dead by an officer after fleeing a traffic stop on Milwaukee’s north side Saturday afternoon.

Hours later angry crowds took to the streets, smashing a police car and setting fire to another. One officer was injured by a flying brick; a gas station and auto-parts store were set alight. Police said gunshots were heard.

Milwaukee Mayor Tom Barrett pleaded for calm at an early morning news conference, asking residents to “do everything” to help restore order.