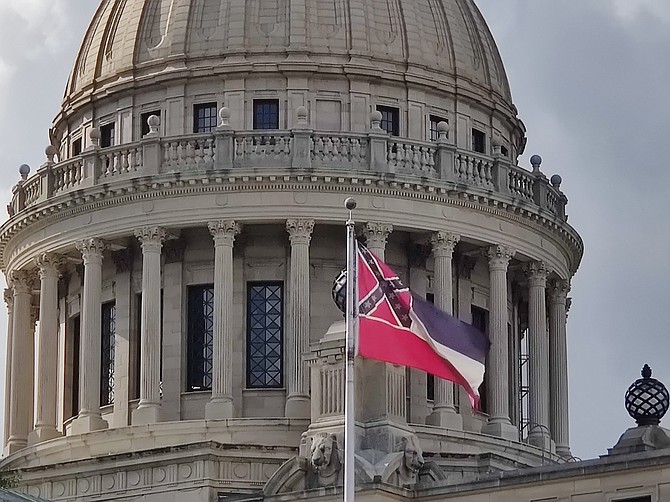 It took less than five hours for both chambers of the Mississippi Legislature to introduce the bill, send it through two different rules committees, shepherd it through an amendment process, debate it and then vote to pass the bipartisan legislation to bring down Mississippi’s state flag, which the same body put up in 1894 as a white-supremacist symbol.

#”It will not solve all of our residual problems, it will not settle our differences, we are not waving a magic wand in the belief that racial conflict, poverty, health disparities, violence or economic strife will disappear,” State Sen. John Horhn, a Jackson Democrat, said. “It is a big step, however, on the journey we are on to recognize everybody’s humanity.”

#Among its provisions, the bill will remove the current Mississippi flag, with the Confederate battle emblem in its canton, as the official flag as soon as Gov. Tate Reeves signs it.

#The legislation will direct the Mississippi Department of Archives and History to come up with “a plan for the prompt, dignified and respectful removal of the former official Mississippi State Flag,” which shall take place no later than 15 days after the effective date of the act.

A nine-person commission will oversee the design of the new flag. House Speaker Philip Gunn, Lt. Gov. Delbert Hosemann and Gov. Reeves each get three appointments to the commission, although the governor’s appointees must come one each from the Mississippi Economic Council, the Mississippi Department of Archives and History, and the Mississippi Arts Commission. That flag commission will be charged with coming up with a new design by Sept. 15, 2020. It can hold public meetings for feedback on the design.

#A color picture of the flag will appear on ballots for the November elections, with a simple “yes” or “no” for voters to decide if they accept or reject the design. A majority of the Mississippi electors who vote on the question will be required for passage.

#If a majority votes “no,” then the flag commission will reconvene to work on a new design, which would then go to a statewide special election on the first Tuesday following a Monday in November of the year that the flag design was put forth—in other words, repeating each year until we have a winner.