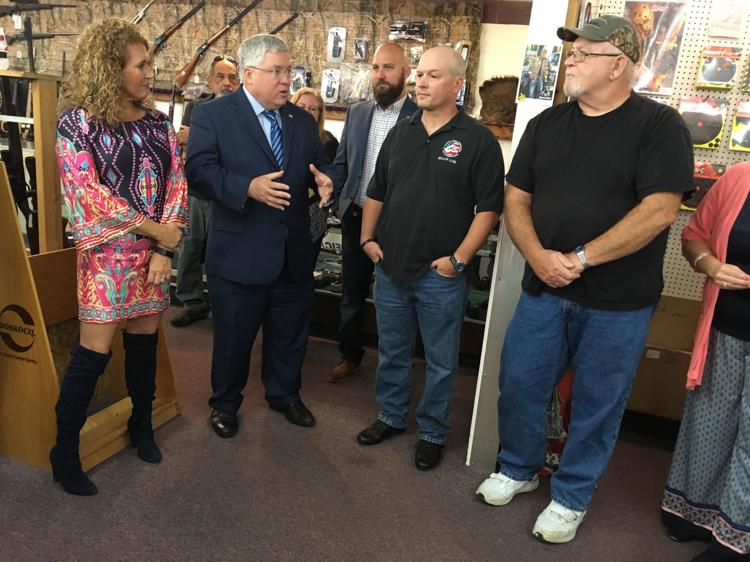 Patrick Morrisey hosted a campaign stop at a gun store. Joe Manchin shot a lawsuit with a rifle in a campaign ad.

It was another day in West Virginia’s U.S. Senate race.

With a little more than a month until the midterm elections, Morrisey, the state’s Republican attorney general, is working to paint Manchin, the Democratic senator up for re-election, as an agent of gun control.

Speaking at a gun and archery store Monday, Morrisey said with Manchin opposing both concealed carry laws and federal gun reciprocity legislation (allowing people who are licensed to carry in one state to do so in another), the incumbent is no friend of the gun world.