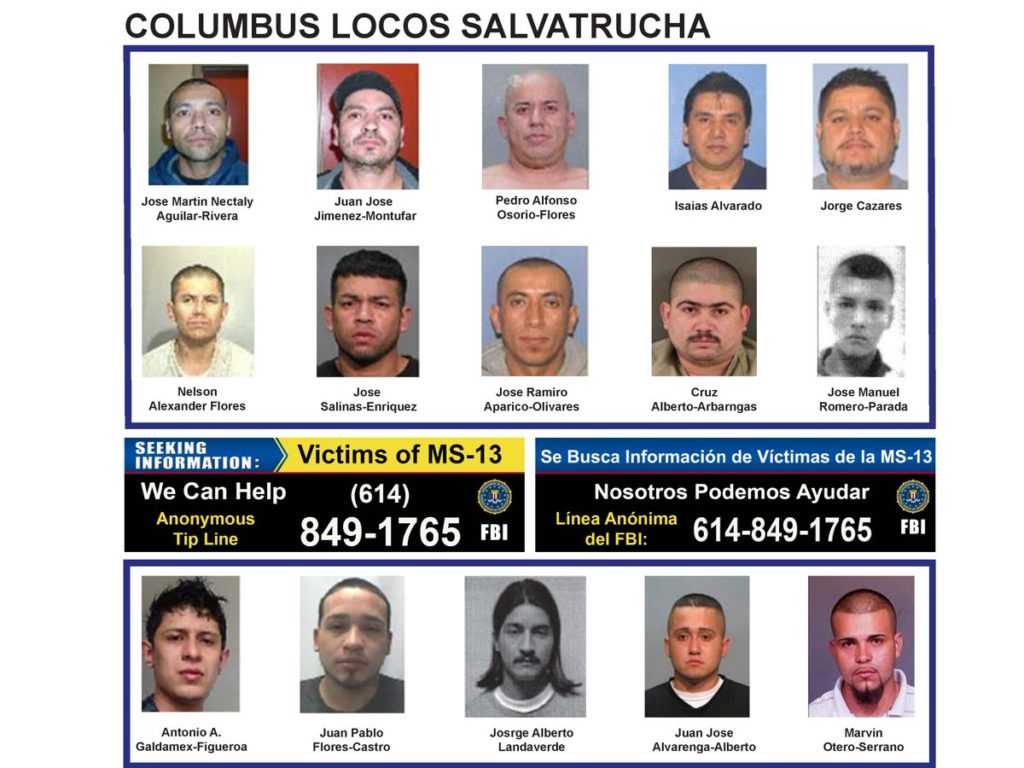 More than a dozen alleged members of the feared MS-13 street gang were arrested during early morning raids Tuesday in Ohio and Indiana, the Department of Justice said.

Federal prosecutors said a grand jury had charged 10 gang members of the “Columbus Clique” with conspiracy to commit extortion and money laundering, as well as the use of firearms during a violent crime, in an indictment returned in late July.

The indictment alleges the 10 “conspired to commit extortion through the use of threatened or actual force, violence or fear to intimidate their victims into paying money to the defendants and their co-conspirators.” Prosecutors said money was then sent “usually by wire transfer and often through intermediaries,” to MS-13 members and associates in El Salvador and elsewhere to promote the group’s criminal activities.

Besides the 10 members charged in the federal indictment, federal officials said an additional five people were arrested and charged with federal immigration offenses.