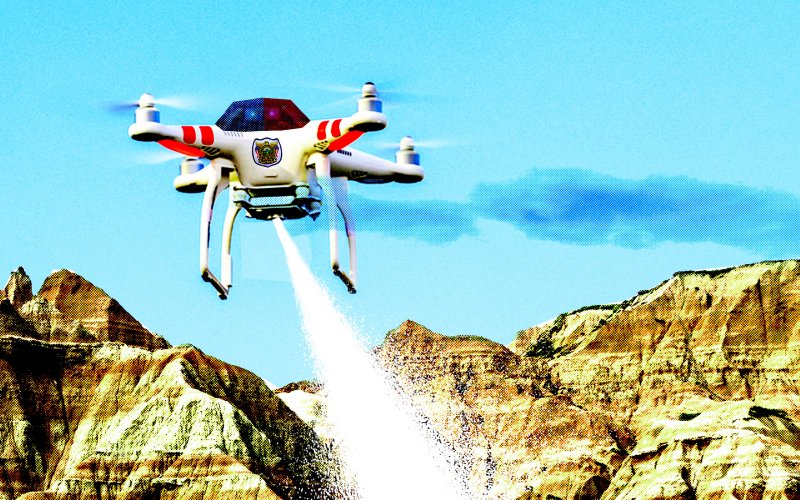 It is now legal for law enforcement in North Dakota to fly drones armed with everything from Tasers to tear gas thanks to a last-minute push by a pro-police lobbyist.

With all the concern over the militarization of police in the past year, no one noticed that the state became the first in the union to allow police to equip drones with “less than lethal” weapons. House Bill 1328 wasn’t drafted that way, but then a lobbyist representing law enforcement—tight with a booming drone industry—got his hands on it.

The bill’s stated intent was to require police to obtain a search warrant from a judge in order to use a drone to search for criminal evidence. In fact, the original draft of Representative Rick Becker’s bill would have banned all weapons on police drones.