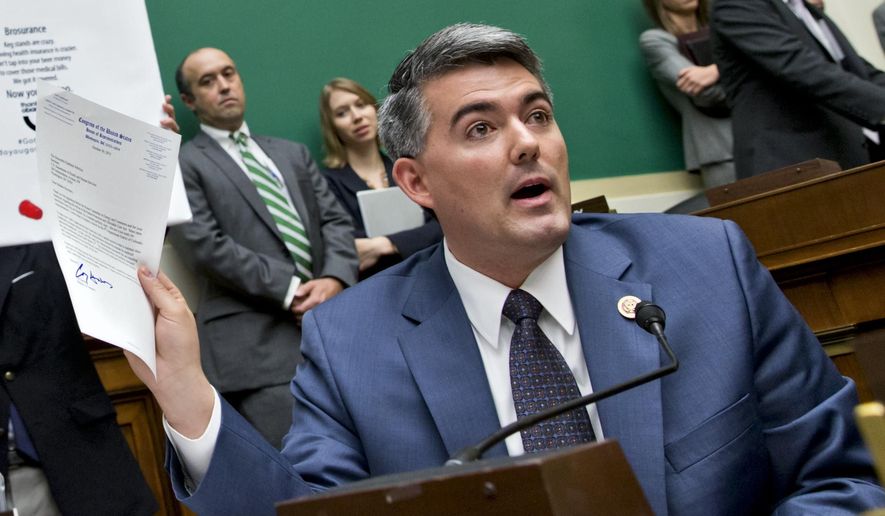 More than 92,000 Coloradans will lose their Obamacare health care coverage in 2017 as four leading insurance companies scale back or eliminate their plans while others propose rate hikes of as much as 40 percent.

Insurance holders with individual plans through Anthem, UnitedHealthCare, Humana and Rocky Mountain Health Plans will need to find new coverage for the 2017 coverage year, according to a Monday statement from the Colorado Division of Insurance.

Insurance commissioner Marguerite Salazar described the upheaval as part of the “stabilization phase” as the state exchange, Connect for Health Colorado, enters its fourth enrollment year.
“Companies are still figuring it out — where to sell, how to sell, how to price — which is why we’re seeing some companies pull back on individual plans or requesting significant increases, while still other companies are coming into the market,” Ms. Salazar said. “Some companies have done a better job of figuring out how to operate in this new environment and compete for people’s business, while others must step back and reevaluate their approach.”

Still, the news came as a devastating blow to the state’s already-shaky insurance market. Colorado is one of 14 states that opted to launch its own Obamacare exchange instead of depending on the federal version after the passage of the Affordable Care Act.

Sen. Cory Gardner, Colorado Republican, said in a Monday statement that “it’s time for the president to admit Obamacare is a disaster for the American people.”