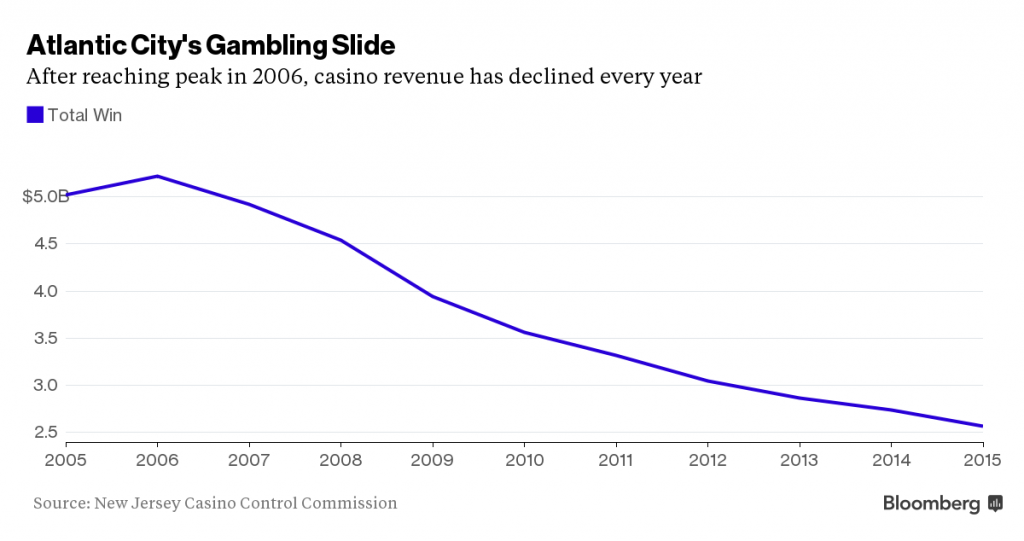 On the line is the future of a city that Governor Chris Christie once said was crucial to New Jersey’s recovery. Once the second-largest U.S. gambling market, Atlantic City has seen its key industry crumble as day-trip patrons shift to newer, closer casinos in nearby Pennsylvania and New York.

The decline has sapped municipal tax collections. While state aid helped plug a gap this year, the city of 39,000 faces a shortfall of $90 million next year, a third of its budget. The dire straits have led New Jersey officials to bring to the forefront options that have been discussed for months, if not years. The new initiatives spurred a rally for the city’s debt.