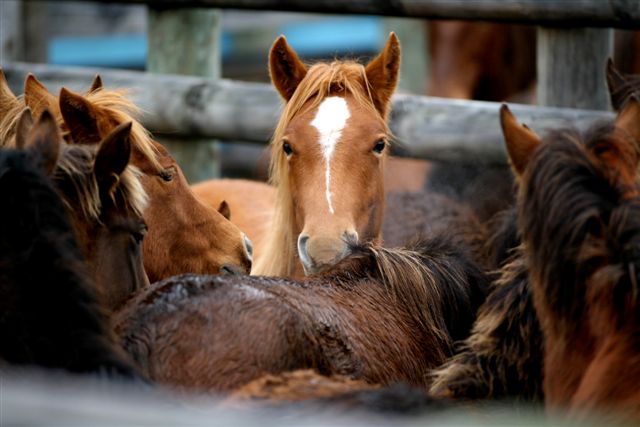 A New Mexico slaughterhouse has petitioned the federal government to become the first business to offer horses for slaughter since an effective ban on the practice ended last year, according to state officials and animal welfare groups.

Those groups are rallying to try to block the petition, hoping to head off what they fear could be a series of slaughterhouses applying to produce horse meat.

The animal welfare groups said the slaughterhouse has been in negotiations with the Food Safety and Inspection Service (FSIS) for several months about beginning to process horse meat.

Since 2006, the federal government had effectively banned American slaughterhouses from processing horse meat by defunding the Agriculture Departmentâ€™s ability to inspect plants that butchered horses for consumption. Without inspections, the meat couldnâ€™t be sold.

But last June a report by the Government Accountability Office, Congressâ€™s chief investigative arm, found that rather than improving conditions for horses, the domestic ban backfired.

It depressed prices for horses in the U.S. and led to a surge in reports of neglect or abuse as owners of older horses had no way of disposing of them, short of selling them to â€œforeign slaughtering facilities where U.S. humane slaughtering protections do not apply.â€