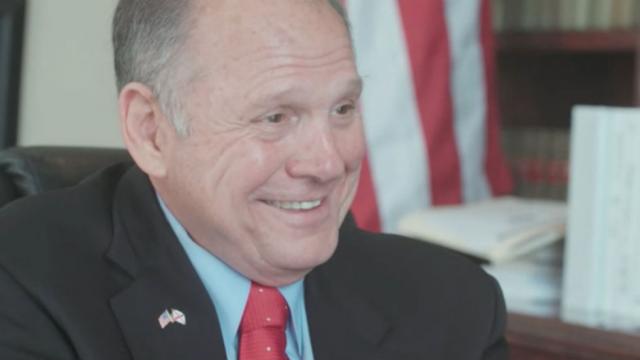 Former Alabama Supreme Court Chief Justice Roy Moore has the lead in both Tuesday’s Senate primary and the potential primary runoff according to a new poll released days before the primary.
Tuesday’s primary is expected to go to a runoff between the top two vote-getters, as it remains unlikely that any candidate will win the majority of the vote. That makes the race for second-place all-important.
Sen. Luther Strange (R-Ala.) leads Rep. Mo Brooks (R-Ala.) in the race for the final spot in the runoff, according to polling from Cygnal, an unaffiliated Alabama-based political firm, and the data firm L2.
Moore leads the field with 30.7 percent compared to Strange’s 22.6 percent. Brooks, the only other candidate with a realistic shot to make the runoff, follows with 18.1 percent.
Read the full article: http://thehill.com/homenews/campaign/346130-new-poll-shows-moore-leading-in-alabama-special-election