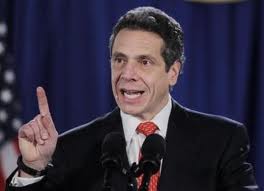 ALBANY, N.Y. – Members of President Donald Trump’s administration and family could be subject to state prosecution even if they receive a federal pardon under a new law approved in New York on Wednesday.

The measure is aimed at protecting prosecutors’ discretion to pursue criminal cases where they have jurisdiction even if presidents, in this case Trump, were to pardon them federally.

“No one is above the law, and New York will not turn a blind eye to criminality, no matter who seeks to protect them,” Cuomo said in a statement.

Lawmakers passed the bill in May, and Cuomo now signed it.