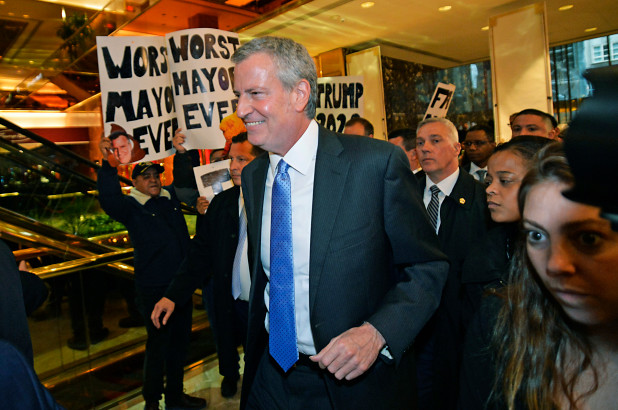 Newark, New Jersey, Mayor Ras Baraka claimed that de Blasio’s administration is paying to dump New York City’s homeless population across the Hudson River in New Jersey’s largest city rather than dealing with the problem at the source, according to a report from Reuters.

De Blasio’s administration championed a Special One-Time Assistance program that gives eligible, low-income individuals “one year’s full rent up front.” The program claims that people will be relocated within the city or to other states, as well as Puerto Rico and Washington, D.C.

Those who qualify must have been in a homeless shelter for 90 days and must have enough income to pay the rent after the first year of rent payments end.