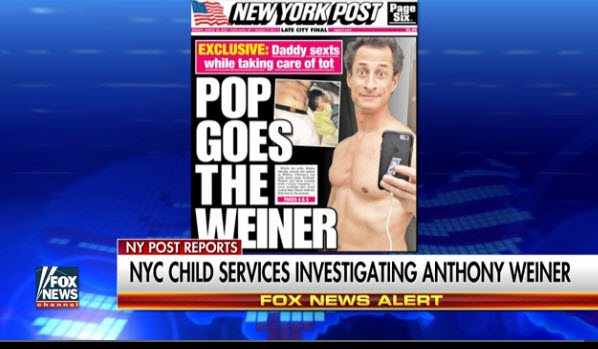 The Special Victims Unit of the New York City Police Department is “looking into” new allegations that former Rep. Anthony Weiner had a months-long sexting relationship with a minor, FoxNews.com has confirmed.

“Detectives are looking into it,” an NYPD official said Thursday.

The inquiry comes after a new report said the disgraced former congressman in January began exchanging sexually explicit emails and texts with a 15-year-old high-school student.

According to DailyMail.com, the relationship was initiated by the girl, who reportedly contacted Weiner on Twitter because she eventually hoped to write a book about him.