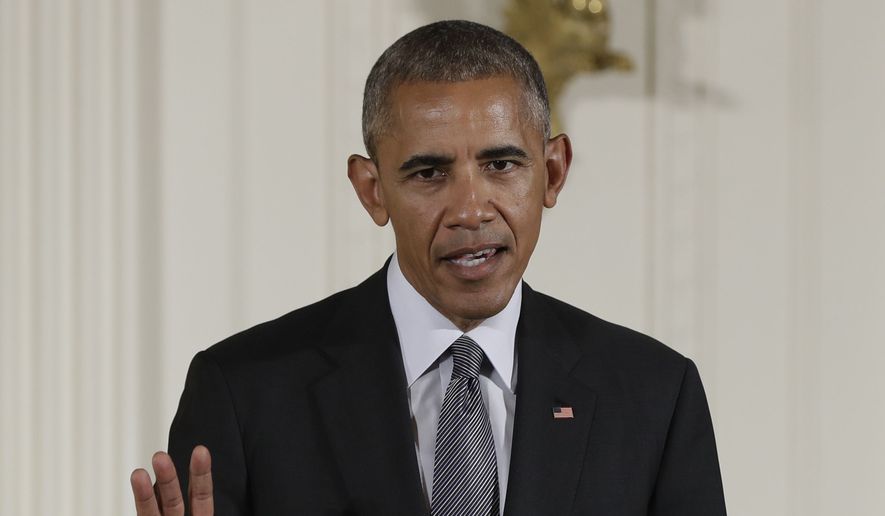 Congressional leaders of both parties have vowed a swift override of President Obama’s veto of a bill that would give families of victims of the Sept. 11 terrorist attacks the ability to sue Saudi Arabia, which would be the first such reversal of Mr. Obama’s presidency.

Mr. Obama said in his veto message Friday that he has “deep sympathy” for the families of the victims, but the bill would invite retaliatory lawsuits against U.S. personnel abroad and would weaken national security by allowing individual judges, instead of the executive branch, to designate foreign governments as sponsors of terrorism.

The legislation “does not enhance the safety of Americans from terrorist attacks, and undermines core U.S. interests,” Mr. Obama said.

Some lawmakers called immediately for Congress to override the veto, which requires a two-thirds vote. The House and Senate approved the measure by voice votes.

“It’s disappointing the president chose to veto legislation unanimously passed by Congress and overwhelmingly supported by the American people,” said Sen. John Cornyn, Texas Republican. “Even more disappointing is the president’s refusal to listen to the families of the victims taken from us on Sept. 11, who should have the chance to hold those behind the deadliest terrorist attack in American history accountable.”