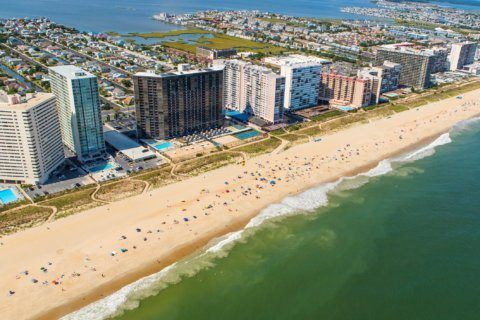 OCEAN CITY, Md. (AP) — A big gathering of car enthusiasts in coastal Maryland prompts a resort town’s mayor to insist there won’t be a repeat next year.

The driver of a BMW burning rubber on a town road hit members of a watching crowd before speeding away Friday night.

“What took place this past weekend in Ocean City can never happen again. This group came to town with the sole purpose to raise havoc in our community, to disrupt our lives and defy law enforcement. They placed our town, as well as our citizens and visitors. under siege and in danger which is unacceptable under any circumstances. Our town government, citizens, property owners and businesses must join together as one voice to take whatever action is necessary to stop this group from returning. This isn’t about just one weekend this is about our future.
I cannot say enough about the men and women of the Ocean City Police Department, the Worcester County Sheriff’s Office, the Maryland State Police, Maryland Natural Resources Police, Maryland Transportation Police and the other allied agencies that were here this weekend. They went far beyond the call of duty in their attempts to enforce the law and to protect our community while at the same time placing themselves in harm’s way. The Mayor and City Council must immediately begin working with Police Chief Buzzuro, City Manager Doug Miller and State Agencies to put a plan in place to stop this chaos. All potential actions should be considered. This includes, but should not be limited to, declaring a State of Emergency. I plan to speak with the Governor this week to discuss this in detail and ask for his assistance. We cannot let what happened in Ocean City this weekend define us as a community. This must stop and it must stop now.”

The H2O International car event moved from Ocean City to Atlantic City, New Jersey, two years ago, but enthusiasts have returned to the Maryland coast.