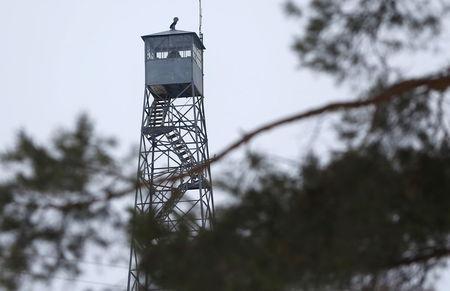 A member of the group of armed men who have seized a U.S. wildlife refuge in Oregon in an anti-government protest has been arrested after driving a government vehicle to a local supermarket, officials said.

The arrest was the first made since the group took over buildings at the Malheur National Wildlife Refuge on Jan. 2 in the latest conflict over the U.S. government’s control of land in the West.

Law enforcement officials had so far kept their distance from the site, located about 30 miles (48 km) south of the small town of Burns in Oregon’s rural southeast, in an effort to avoid a violent confrontation.