Palin in the Sooner State: ‘We’re going to go to hell in a handbasket!’ 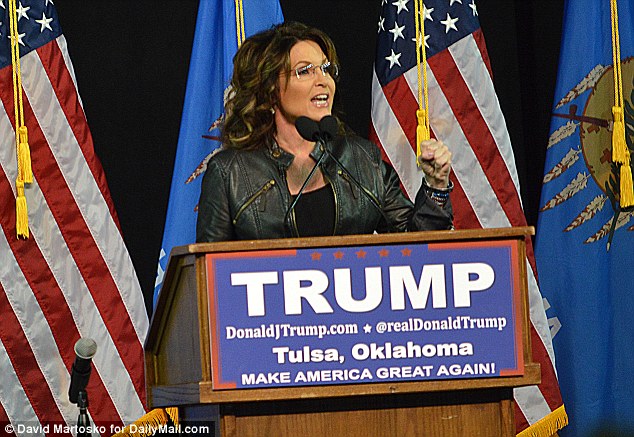 Sarah Palin got a rock star’s welcom in Tulsa, Oklahma on Wednesday as she told a crowd of 10,000 that America is ‘going to go to hell in a handbasket’ and urged them in her trademark twang to vote on ‘Soooper Tooooosday.’

Palin endorsed Trump in a stream-of-consciousness stemwinder Tuesday during a rally in Ames, Iowa.

The 2008 Republican vice presidential nominee was a no-show Wednesday morning at a smaller campaign stop in Norwalk, Iowa, as rumors swirled that a one-day political romance might already have turned sour.