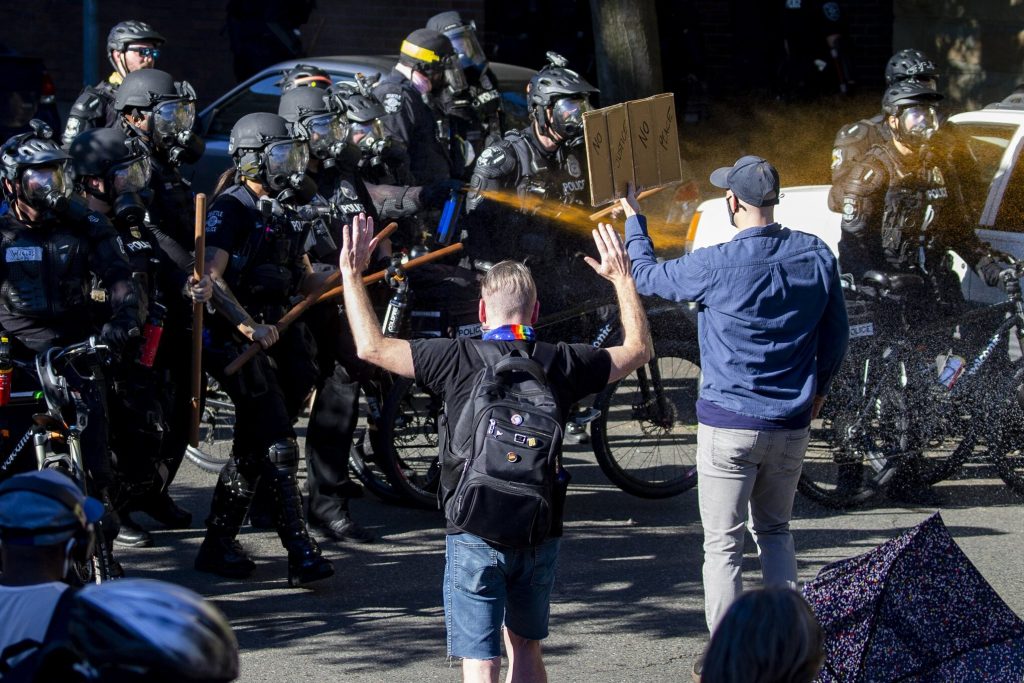 Passions rose and opinion divided sharply at times during a community listening session Thursday about the Seattle Police Department’s response to protests in the city following the police killing of George Floyd.

Some people spoke of mistreatment and pain they blamed on police aggression; others suggested the protest movement for Black lives had been co-opted by privileged voices, often white, and also disrupted by violence against police.

The Seattle Office of Inspector General held the event, by video conference, to allow people to weigh in on the police response as it conducts a “Sentinel Event Review.” The Seattle City Council created an inspector general role in 2017 when it passed historic police accountability legislation. Lisa Judge, previously a legal adviser to police in Tucson, was hired to the post in 2018. The ongoing sentinel review, the department’s first, is designed to examine police actions during recent months of protest, identify gaps and flaws in the police response and promote structural change within the department.