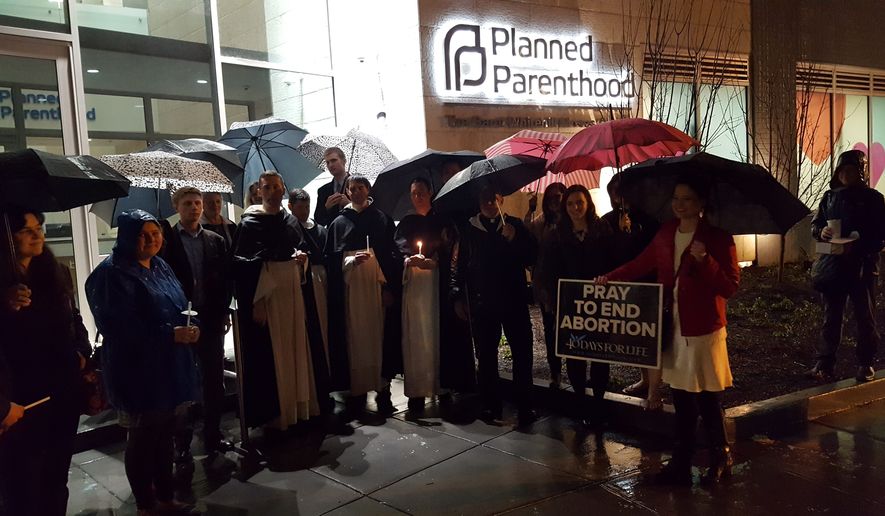 Planned Parenthood clinics in eastern and central Pennsylvania will provide “abortion services only” following a statewide ban on elective surgeries amid the coronavirus pandemic.

Democratic Gov. Tom Wolf signed guidance banning all elective surgeries in the state earlier in March. As the order did not specifically include abortions among such procedures, Planned Parenthood Keystone announced on March 24 that it would provide “abortion services only,” cutting tests for issues such as UTIs until telehealth plans are implemented.

“At this time, Planned Parenthood Keystone is serving patients in Allentown, Wilkes-Barre, Warminster, Reading, York, and Harrisburg for abortion services only,” according to the statement.

“Birth Control Starts, Renewals, Depo, Emergency Contraception, UTI Treatments, Vaginitis, Rash or Lesion and STI Treatment will be available via Telehealth very soon. We know that people’s sexual and reproductive health care can’t wait, even in uncertain times like this, and we’re doing all we can to meet our patients’ needs. These visits will be available online for scheduling later this month,” the statement continues.

“While Planned Parenthood health centers across Pennsylvania continue to provide critical care during this pandemic crisis and work with our partner health care providers, we know that abortion cannot wait,” Steinberg added. “Unlike some medical procedures, delays or additional barriers to care can make it more difficult or even impossible for patients to have access to safe, legal abortion.”

Anti-abortion groups pushed back on the announcement, saying Wolf allowing abortions during the pandemic is “unconscionable.”

“The paradox is just striking, here we’re making an exception for life-sustaining procedures and yet an exception to that is this one medical procedure that’s life-ending,” Tom Brejcha, president and chief legal counsel for the Thomas More Society, told the Washington Free Beacon.

Marjorie Dannenfelser, president of Susan B. Anthony List, said, “It is unconscionable that Governor Wolf has allowed elective abortions to proceed during this crisis when all resources are needed for essential medical procedures.”

Wolf is a noted abortion supporter, vetoing legislation in 2019 that would have prevented women from terminating pregnancies of babies diagnosed with Down syndrome.

“There is no evidence that this bill is needed in Pennsylvania,” Wolf said in a statement at the time. “I have significant concerns that enforcement of this legislation would upend the doctor-patient relationship and impede on patient confidentiality.”

The Free Beacon also noted in its report that Planned Parenthood has donated $27,500 to Wolf’s campaign since 2014.