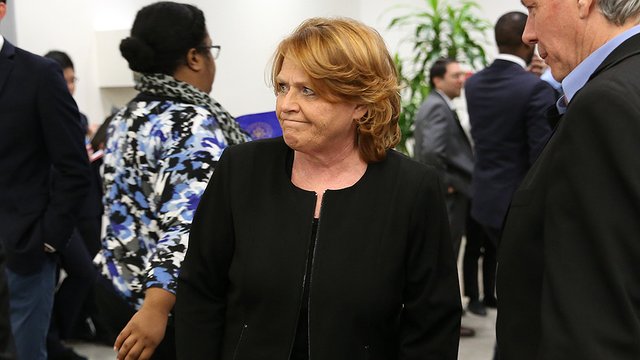 Sen. Heidi Heitkamp (D-N.D.), who is considered one of the most vulnerable Senate Democrats this election season, trails her GOP challenger by 10 points, according to a new Gray TV poll.

The poll emerges as Heitkamp and other red-state Democrats struggle to navigate the controversy surrounding Supreme Court nominee Brett Kavanaugh’s confirmation. Heitkamp is seeking to keep her seat in a state that went to President Trump by double digits in 2016.
Sixty percent of North Dakota voters told pollsters they support Kavanaugh, who is facing sexual misconduct allegations from multiple women. Twenty-seven percent said they oppose him.

The poll was conducted after the allegations came out against Kavanaugh, but before he testified in front of the Senate Judiciary Committee last week.