Putin To Sell Missles To Iran 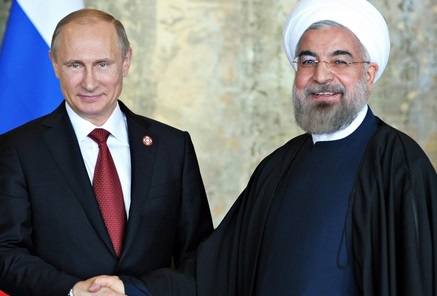 President Vladimir Putin lifted a ban on the delivery of S-300 air-defense missile systems to Iran as Russia pushed for repeal of an arms embargo following an agreement on the Islamic republic’s nuclear program.

Putin repealed its 2010 prohibition on S-300 exports to Iran, the Kremlin said Monday in a statement on its website. While the two countries had signed an $800 million contract for the systems in 2007, Russia halted delivery after the United Nations imposed an arms embargo three years later.

The S-300 is a “purely defensive” weapon and delivering it to Iran won’t “threaten the security of any state in the region, including, of course, Israel,” Russian Foreign Minister Sergei Lavrov said Monday, the Interfax news service reported.

Iran and representatives of Russia, the U.S., China, France, Germany and the U.K. announced on April 2 in Switzerland that they’d negotiated a political framework to resolve the confrontation over the Islamic republic’s nuclear program that restricts it to civilian use and can’t be used to build a bomb. Iran denies it’s seeking to develop nuclear weapons. A final agreement must be negotiated by June 30. …