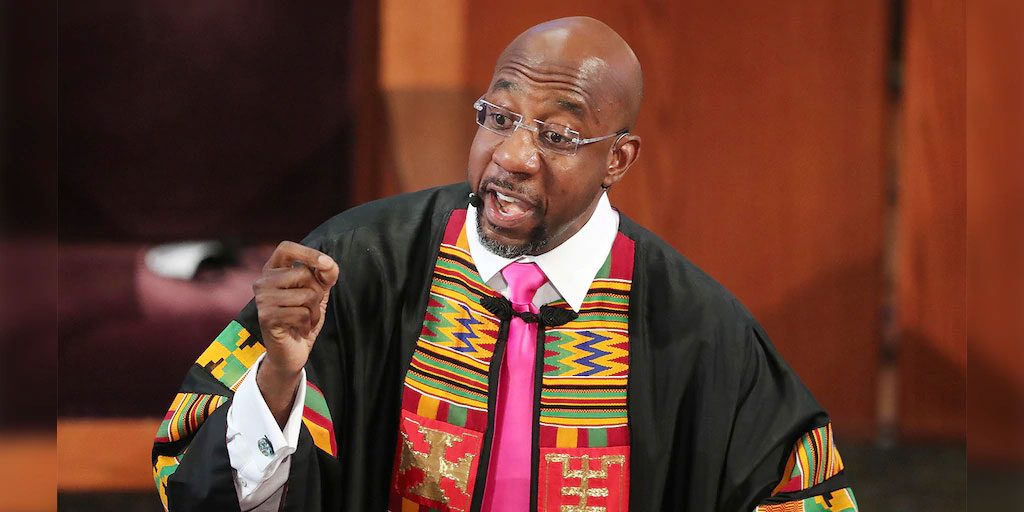 “If you look with an honest eye at the history of this country and see this moment, you must know that this is a glimpse of God’s vision of more inclusive humanity,” Warnock said during his 9 a.m. sermon, the first of two he delivered on Sunday.

“Whoever would have thought that in the state of Georgia we would see the people of Georgia rise and send an African American man who grew up in public housing, the pastor of this Ebenezer Baptist Church where Dr. King preached and a Jewish young man, son of an immigrant, to the United States Senate,” he added.

During his sermon, Warnock also addressed Wednesday’s violent attack on the U.S. Capitol.

“Just as we were trying to put on our celebration shoes, the ugly side of our story … our great and grand American story began to emerge as we saw the crude and the angry and the disrespectful and the violent break their way into the people’s house,” he said. “Some carrying Confederate flags, signs, and symbols of an old world order.”

Warnock told his 6,000-member church not to let what took place in D.C. “dictate” their faith in God.

“The old order is slipping away, and sometimes it responds violently,” he added. Warnock said people should take hope from his personal story, adding that his mother “used to pick somebody else’s cotton, and the other day she went to the polls and picked her son to be a United States senator. That’s a glimpse of God’s glory, a glimpse of God’s justice.”

Following his win, Warnock said in a television interview that he planned to stay in the pulpit at Ebenezer in downtown Atlanta and felt confident he could balance his duties as a pastor while helping set national policy.

“I intend to return to my pulpit and preach on Sunday mornings and talk to the people,” he told CNN. He added he didn’t want to fill his days talking to politicians and become “disconnected from the community.”