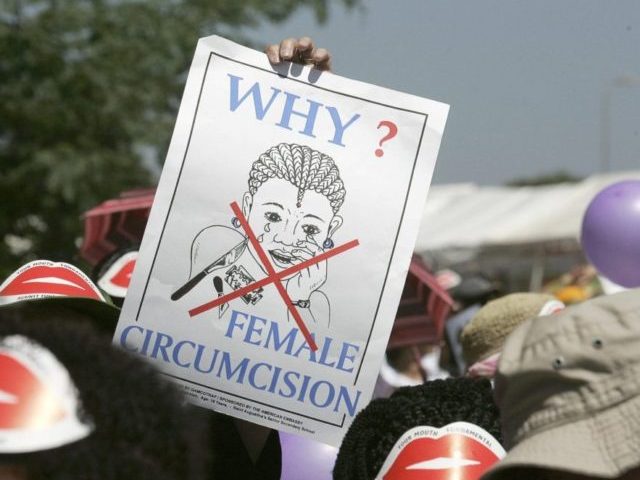 The arrests of Dr. Nagarwala and two others last week represent the first federal female genital mutilation (FGM) investigation in United States history. FGM is common in the Islamic world, particularly in Africa. According to UNICEF, 98 percent of Somali girls and 87 percent of Egyptians have endured the procedure. FGM involves removing varying amounts of the victim’s — usually a pre-pubescent girl — clitoris, labia majoria, and labia minora. In its most extreme form, the victim is “infibulated,” having virtually all her external genitalia removed and being sewn up, leaving her with only a tiny hole from which to urinate and menstruate.

Nagarwala’s attorney, Shannon Smith, claimed in her initial court hearing that no cutting of the seven-year-old alleged victims took place and that excess skin was simply scraped off to be buried in a religious ceremony. The Free Press, however, reports that documents they reviewed show the injuries to the two Minnesota girls’ genitals were “much more severe” than Nagarwala is claiming.

Previously unheard of in the United States, the criminal complaints against the three suspects in this Michigan-based conspiracy to commit FGM — Nagarwala, Dr. Fakhruddin Attar, and his wife, Farida Attar — describe them as members of a “particular religious and cultural community.” That community has since been revealed as the Dawoodi Bohra Muslim sect, a branch of Shi’ite Islam popular in India, Pakistan, and East Africa. The worldwide leader of that sect, Syedna Mufaddal Saifuddin, has repeatedly called for the tradition of FGM to continue, describing it, according to a State Department report, as an “act of religious purity” and “a religious obligation for all women and girls.”