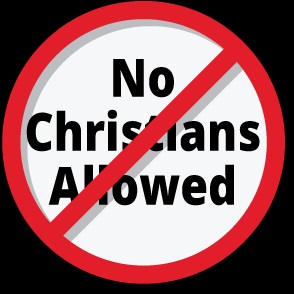 Soon there may only be atheists in the foxholes. Christians are leaving the U.S. military or are discouraged from joining in the first place because of a “hostile work environment” that doesn’t let them express their beliefs openly, religious freedom advocates say.

Michael Berry, senior counsel at the Liberty Institute, a Texas-based legal organization dedicated to defending religious liberty in America, said recent high-profile cases of military chaplains facing punishment for private counseling sessions that reflected the teachings of their religion could cause devout Americans who are qualified for military service to think twice about joining the military.

In December, a chaplain for a Ranger training battalion received an administrative letter of concern after a soldier complained that he advocated Christianity and used the Bible during a mandatory unit suicide-prevention training session.

The Military Association of Atheists and Freethinkers said the chaplain “used his official position to force his personal religious beliefs on a captive military audience” in an article the group posted on its website.