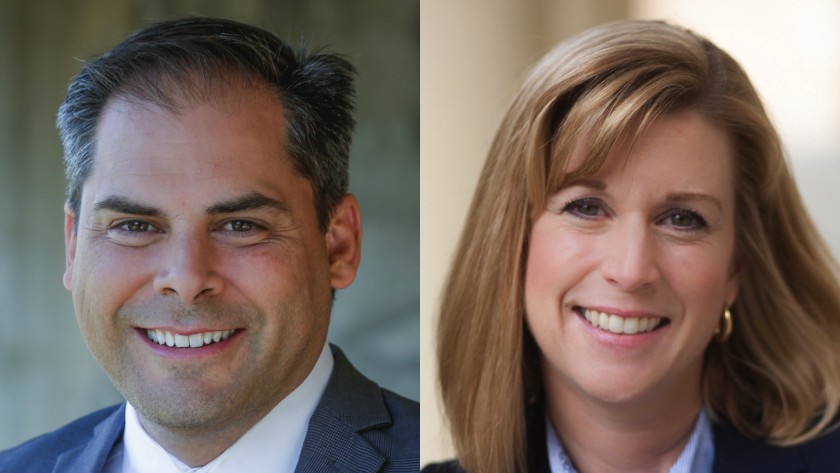 Republican Mike Garcia jumped to an early lead Tuesday over Democrat Christy Smith in the runoff for a House seat in the Los Angeles suburbs, raising GOP hopes of flipping a blue California Congressional District for the first time since 1998.

Early results in the election to fill the remainder of Rep. Katie Hill’s first term showed Garcia, a defense industry executive, ahead of Democratic state Assemblywoman Smith of Santa Clarita by 12 percentage points, with 76% of precincts reporting.

The final tally in the nearly all mail-in ballot contest won’t be available for several days — ballots postmarked by Tuesday and received by end of day Friday will be counted. But Garcia’s lead suggests the 25th Congressional District, which includes Palmdale, Porter Ranch, Santa Clarita, Simi Valley and part of Lancaster, is within his party’s reach.

“I’m proud of the results so far, and look forward to hopefully declaring victory very soon,” Garcia said on a call with supporters and the media on Tuesday night.