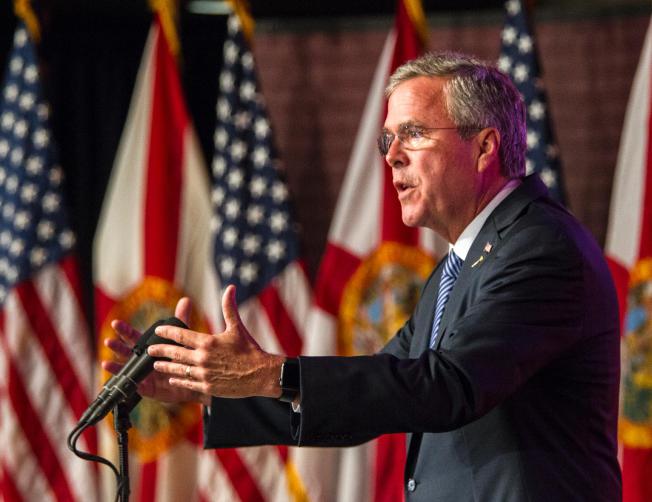 In a speech aimed at President Barack Obama’s administration as well as his rivals for the GOP nomination, Bush called for limiting new hires in government and extending the ban on former members of Congress from lobbying their colleagues to six years.

Bush also called for amending the U.S. Constitution to require a balanced budget and to give the president line-item veto power to challenge what he called “Mount Washington,” a quip echoing his time as governor when he called the state capital “Mount Tallahassee.”