Republicans have Senate takeover in their sights, races remain close 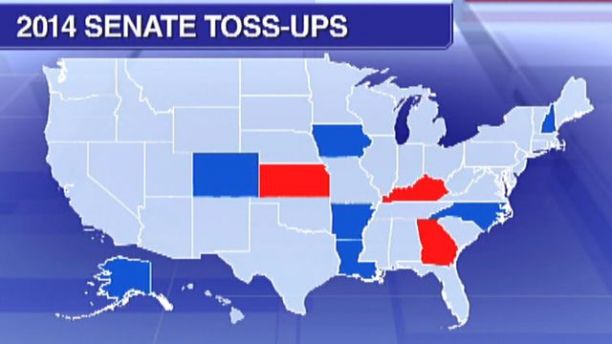 After eight years in the proverbial wilderness, Republicans are feeling confident about their chances of reclaiming the Senate majority in next week’s elections – as the two-year, bare-knuckle battle boils down to about 10 key races in the final days.

He added: “There’s genuine concern about the direction the country has gone with President Obama and his policies.”

From Alaska to Iowa to Louisiana, candidates are locked in tight and tough battles, with Republicans needing a net total of six seats to take control of the Senate – and, presuming they hold their House majority, Congress. The Obama factor has loomed large over the races, as Republicans methodically have tried to tie their rivals to the unpopular president.

But Democrats have done what they can to make these races more about local issues.