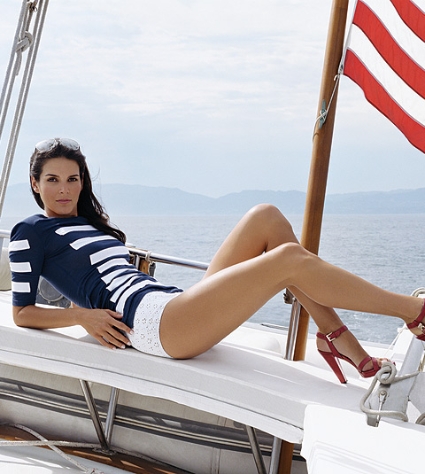 Researchers used economics as a possible explanation for the phenomenon. Attractive people tend to earn more across the board, making them less predisposed to the concept of wealth redistribution and the other regressive monetary policies of the left, none of which have to do with actually earning a living. It is perhaps not surprising that people who earn more want to keep that money, while people who earn less favor taking from those who are besting them.

The researchers that would be studying this directly included Niclas Berggrena, Henrik Jordahla Panu Poutvaara. Their study was based on field work from D.J. Ahler, J. Citrin, M.C. Dougal, M.C., and G.S. Lenz that showed people were much more likely to vote for more attractive politicians. Some factors that the Berggrena, et al. team wanted to study – if attractiveness coincided with any other social or economic factors that might cause a substantial difference in personality. They also wanted to study if these personality differences led to different political mindsets that certain voters would find more attractive.

Economics is only the start of the separation that occurs between attractive and less-attractive people. Past studies have found that people who are better looking do not subscribe to the notion of egalitarianism, because there is no need to force equality as a political policy. The forced level playing field is most certainly a tenant of the left, as attractive people generally have more overall confidence to create their own opportunities in life.

In order to come to these conclusions, researchers conducted a three pronged survey, asking respondents to rate the physical attractiveness of politicians in pictures over a five point scale. The experiment included European Parliament members, candidates for the House of Representatives in Australia, governor and Senate candidates in the United States, and Finnish municipal and parliamentary election candidates. Respondents found conservatives to be the more attractive party regardless of the picture’s country of origin.
Researchers then ran a separate experiment that compared only Finnish politicians. Finland was chosen because of its multiparty system, which would allow experimenters to view beauty and politics on a gradated scale rather than simply liberal vs. conservative. This experiment also found that the more conservative the politician, the better his or her physical attractiveness was rated.

OK – so we have the scientific verdict. What is the real life reasoning? Science generally confirms common sense, and understanding why conservatives are better looking from a colloquial perspective might help reform a liberal or two who is tired of getting picked last, paid less and ignored.
Here’s the 64 point answer: Attractive people are made attractive only by the opinions of others. This is also scientifically proven. Saying that conservatives are more attractive attaches a stigma to them as well – they are perceived as less altruistic and egalitarian regardless of what they do. As a result, they are expected to do much less in the way of unselfish behavior and are never acknowledged when they do.

Conservatives are viewed as selfish by liberals, which corresponds to viewing someone as more attractive, according to the studies. Maybe this is the reason for all that purple hair dye, but who knows.

The moral of the story: Liberals need to stop focusing so much on Tomi Lahren’s legs and deal with their own acne scars, and maybe hit the gym. Conservatives aren’t selfish; they just prioritize living a good life – the one that America promises to anyone who really deserves it.