Rubio Refuses To Rule Out More Amnesty And ‘Gay Marriage’ 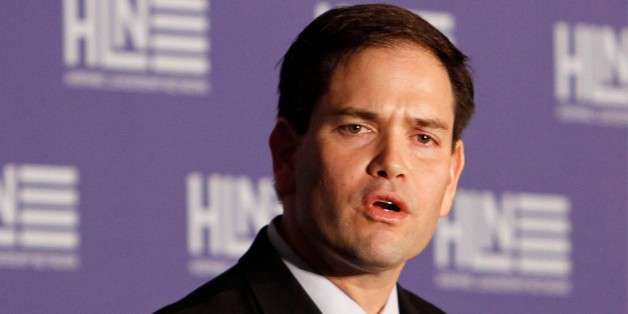 Sen. Marco Rubio, the latest Republican to enter the 2016 race, said on Tuesday, “there may come a point where military action is necessary” in Iran – “because anything is preferable to Iran having a nuclear capability.”

In a conversation with CNN’s Jake Tapper, Rubio also said it should be up to the states, not the federal government or the courts, to define marriage as they see fit; and he advocates immigration reform, including a “probationary period” for the 12 million people who are in this country illegally, after which “they would be allowed to apply for permanent residency.”

Tapper noted that Rubio was among the “gang of eight” U.S. senators who backed an immigration reform bill that passed the Senate in 2013 but later died in the House.

Rubio said he’s learned that such a “massive piece of legislation, especially on something like immigration, just really has no realistic chance of passing.” He now favors a piecemeal approach, beginning with border security.