Santa Barbara, Calif., is threatening waiters with jail if they offer straws to customers. 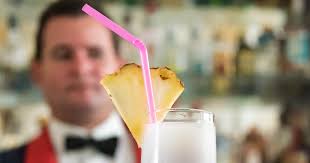 The city recently banned plastic straws from restaurants, bars and other food establishments in what officials claim is an environmental crackdown through the use of social engineering.

Waiters will be given a written warning on the first offense, but on the second offense they will receive “fine not exceeding one thousand dollars ($1,000), imprisonment for a term not exceeding six (6) months,” according to the city’ municipal code.

The punishments are worse than Seattle, which first made headlines with a straw ban this year by fining businesses $250 per offense.