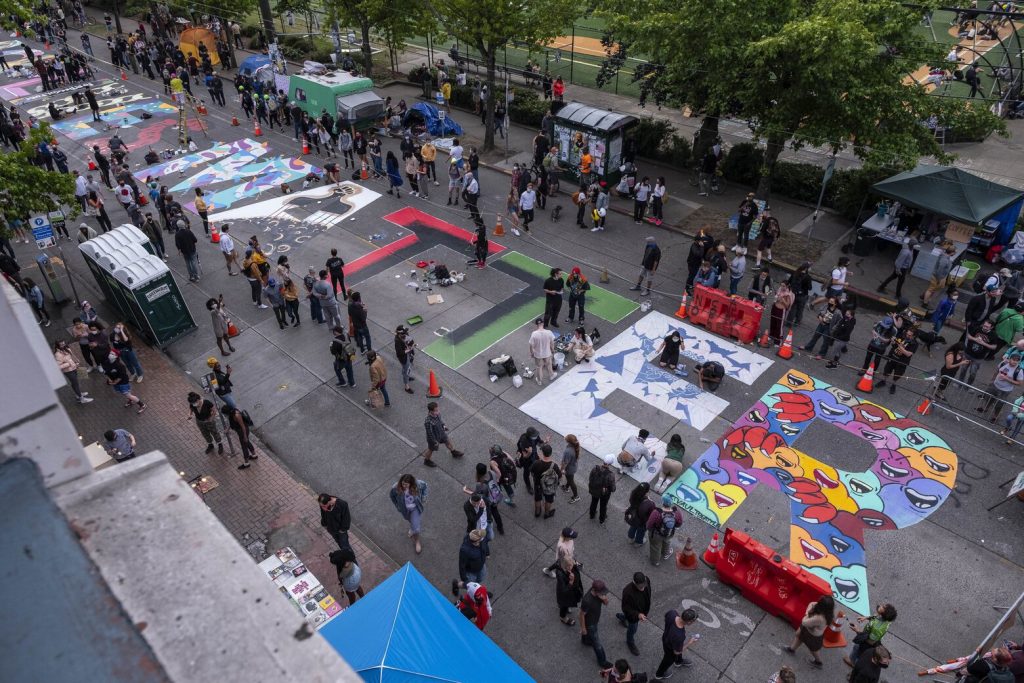 It has been more than two weeks since the death of George Floyd, a Black man who was killed on May 25 by a white Minneapolis police officer who pressed his knee on Floyd’s neck for several minutes. The protests over Floyd’s death, police tactics and systemic racism continue, not just in Washington and the United States, but around the world.

Earlier this week, Seattle police took down barricades near the East Precinct on Capitol Hill and boarded up the building. Since then, protesters have claimed the area, renaming it the Capitol Hill Autonomous Zone (CHAZ). The following graphic shows what this portion of Capitol Hill looks like now.

Throughout Thursday, on this page, we’ll post updates from Seattle Times journalists and others on protests in the Seattle area. Updates from Wednesday can be found here.

If you’ve taken part in these protests, we’d like to hear from you: What has been your experience? What has being out there meant to you? Click here to let us know.