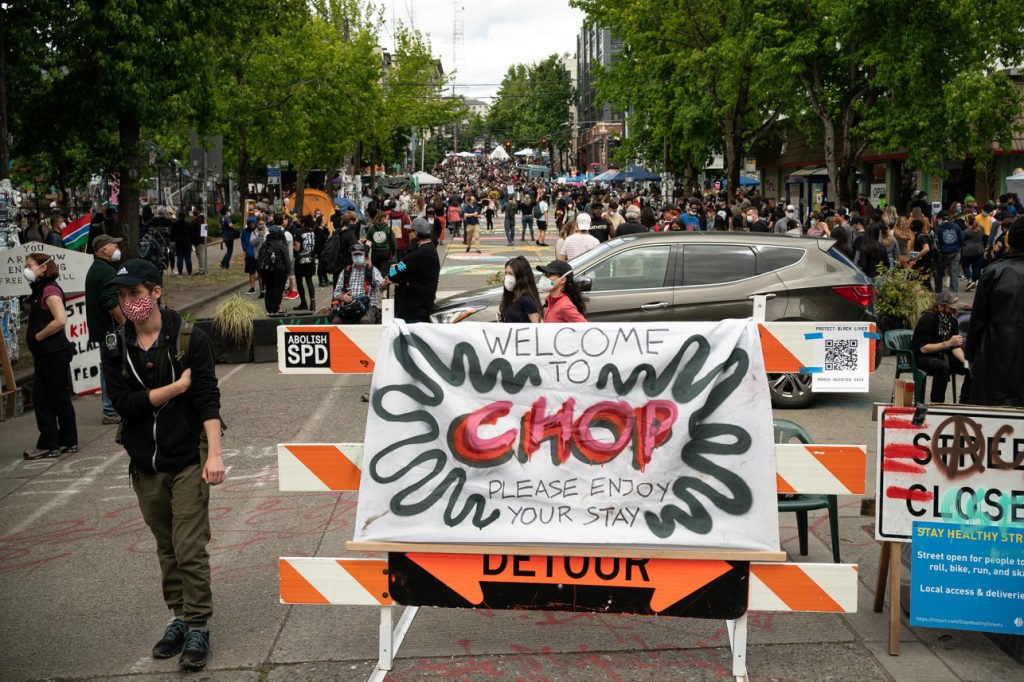 Seattle activists just can’t settle on a name for their cop-free protest pace.

Once known as the “Capital Hill Autonomous Zone,” or CHAZ, the protesters behind the festival-like takeover of a six-block radius around an emptied-out police precinct in the neighborhood are now pushing a new acronym for the space: “CHOP,” or Capitol Hill Organized Protest.

One protester, Maurice Cola, told reporters in a widely circulated Twitter video that the change was to better reflect the organizers’ message.

“This is not an autonomous zone. We are not trying to secede from the United States,” Cola said.