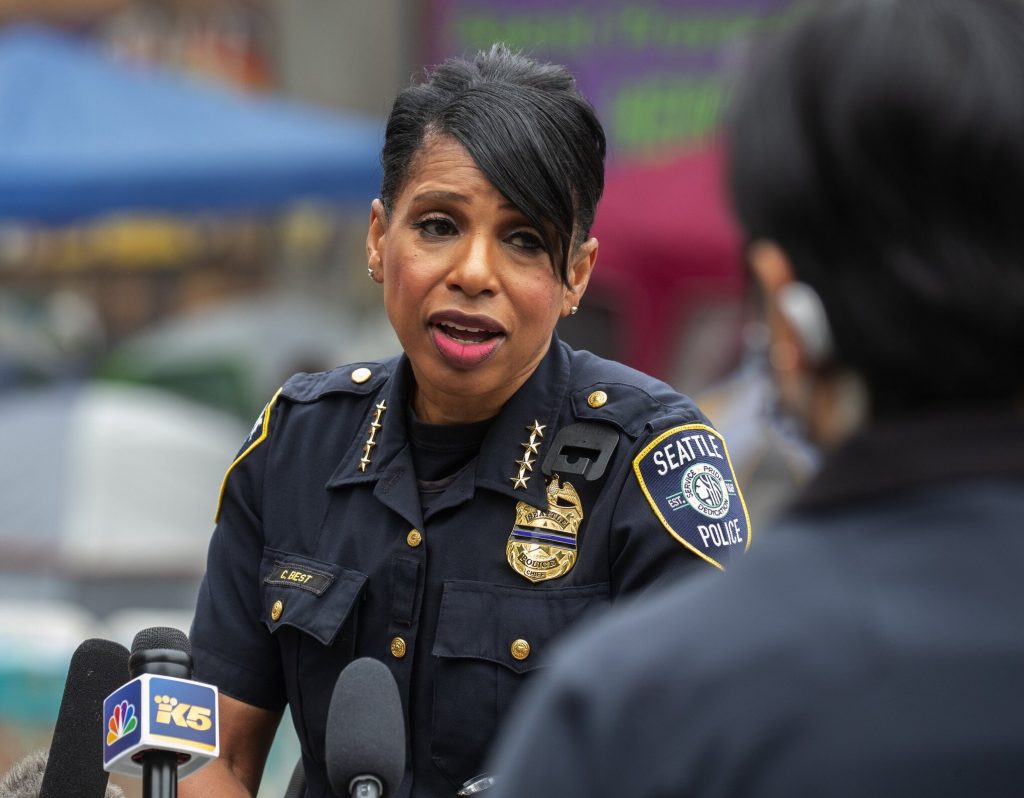 Seattle Police Chief Carmen Best will step down, she has announced, in the wake of protests against police brutality, criticism over the Police Department’s response and votes by the City Council to shrink the police force and cut her wages.

“This was a difficult decision for me, but when it’s time, it’s time,” Best wrote in a Monday night message to Police Department employees.

Best and Mayor Jenny Durkan have scheduled a news conference for Tuesday, the mayor’s office said.

The news about the chief was first reported Monday night on air by KIRO radio’s Dori Monson and on Twitter by Q13 reporter Brandi Kruse, citing anonymous sources.