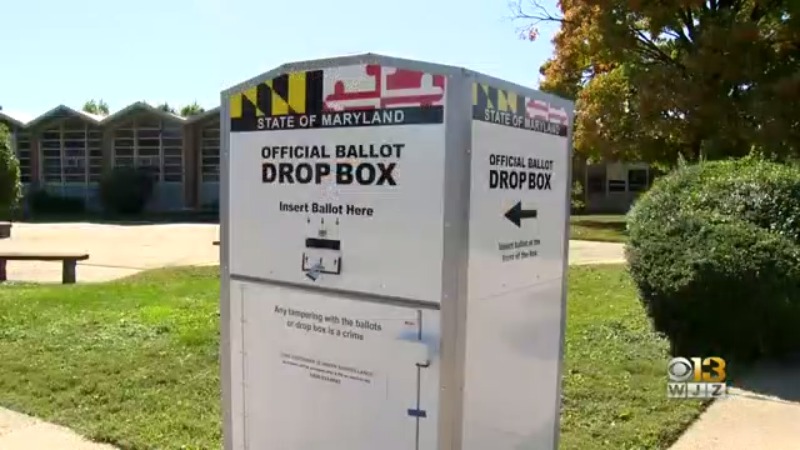 BALTIMORE (WJZ) — A security guard assigned to guard a ballot box in northeast Baltimore was shot overnight, according to city police.

The shooting happened in the 2200 block of Pinewood Avenue around 4:55 a.m. The city lists a ballot drop box at Achievement Academy in that block.

Police said the unarmed security guard was sitting in his car at the time of the shooting.

Surveillance video reportedly shows multiple armed suspects approached the vehicle and tried to open the door. When the man didn’t open it, they began shooting.

Investigators are looking into the shooting as a possible attempted robbery.

The ballot box was reportedly not tampered with and did not appear to be the suspects’ focus.

“Right now, the box was not tampered with,” Armstead Jones, Board of Elections Director, said.

The Maryland Board of Elections said they are working with authorities in the investigation.

With the unusual voting style because of COVID-19, drop box locations and their security was a top priority for state and local leaders. Now, these efforts are being ramped up.

“We’re going to try some other tactics to make sure that these votes are safe,” Jones said.

The victim suffered non-life-threatening injures, according to police.

“It’s a shame we’re living in a time where a person can’t be minding their own business, making an honest wage, and someone does something like they did here today,” Jones said.

“Our prayers go out to the victim of this situation here earlier this morning,” Jones added.