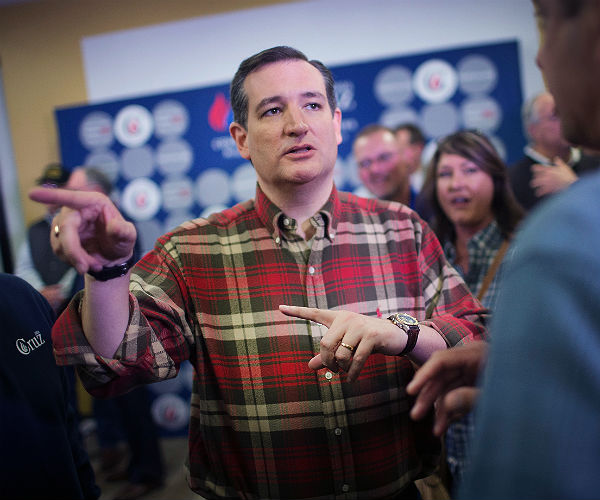 Sen. Ted Cruz of Texas has sailed past Donald Trump and Ben Carson in Iowa to become the front-runner in the intensifying race for the 2016 Republican presidential nomination, according to a Monmouth University poll released Monday.

The new numbers, based on a survey of 425 Iowa voters likely to attend the Republican presidential caucuses in February, reveal: