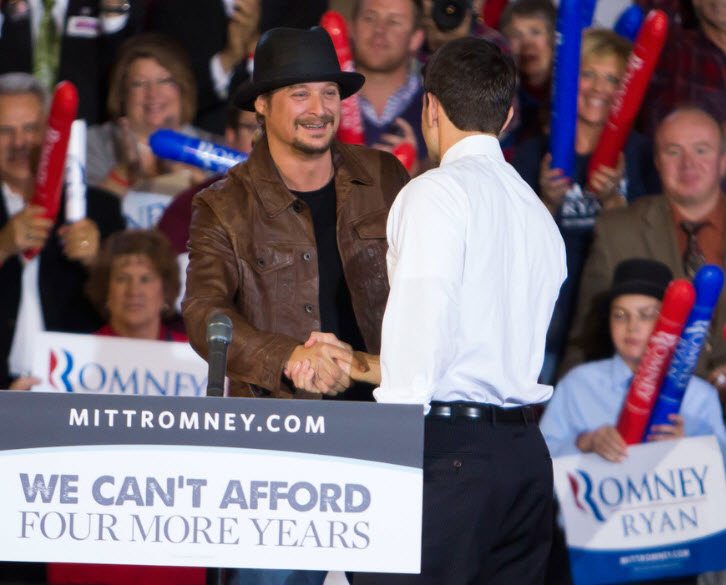 A surprising name has been thrown out as a potential Republican contender for Michigan Democrat Debbie Stabenow’s Senate seat next year: Kid Rock.

The rocker’s name came up as a possible candidate at a Michigan Republican Party convention last weekend. There have been no official decisions announced as of yet.

Kid Rock, whose real name is Robert Ritchie, once said he tended to vote Republican but qualified himself as “more libertarian” to Rolling Stone in 2013. But he has supported several major Republican candidates.
The Michigan native threw his support behind Mitt Romney in 2012 and supported Ben Carson in the 2016 presidential election. He later switched to Donald Trump as he became the party’s nominee.