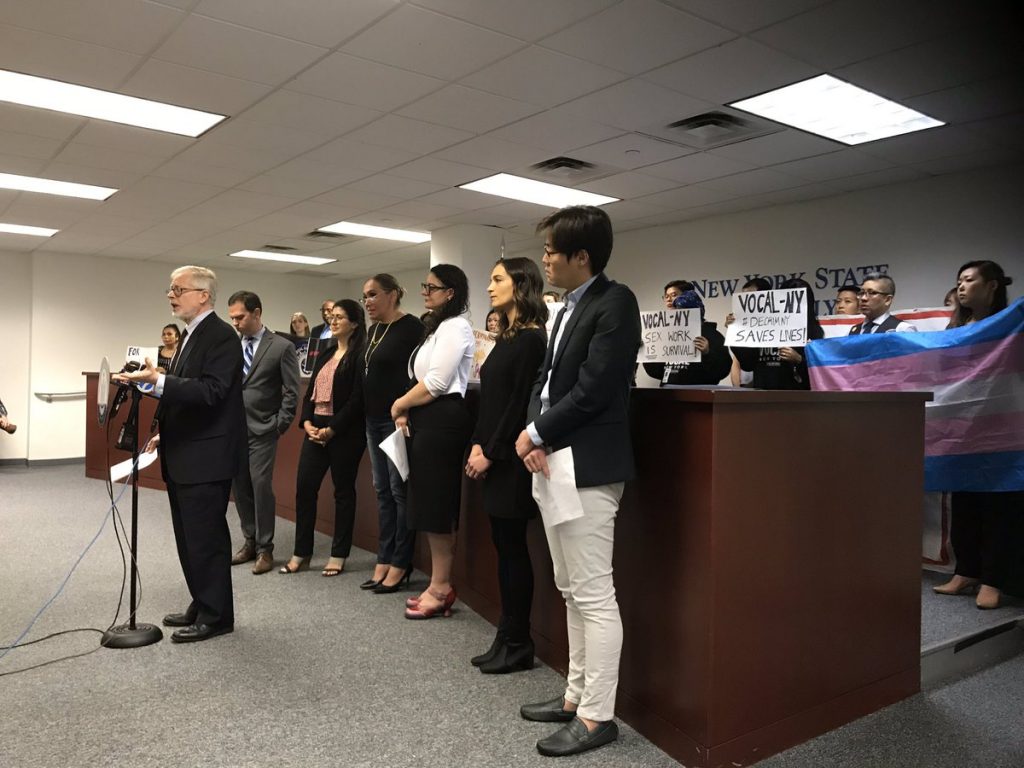 Sex work would be broadly legalized in New York state under a first-of-its-kind bill introduced by state legislators on Monday.

A group of lawmakers first called for legislation in February, but on Monday they finally came forward with a 13-page bill that would bring dramatic changes to the sex trade in the state.

The bill, written with advocacy group DecrimNY, would make it legal to both buy and sell sex under certain circumstances and modifies laws around facilities that are used as places of prostitution.

“For us, this is a bodily autonomy issue — our bodies, our choice — but more than that, it’s an economic issue. And it’s personal,” Jessica Raven, one of Decrim NY’s organizers, wrote in a Daily News op-ed Monday.