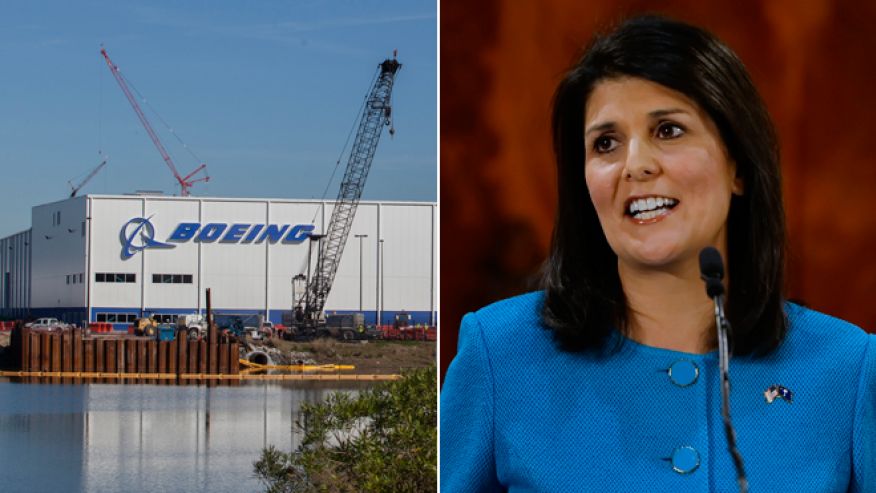 South Carolina Gov. Nikki Haley is firing back at efforts to unionize 7,500 workers at Boeing Corp.’s airline plant in Charleston.

“The International Association of Machinists has never, never believed in us,” Haley said in her State of the State address Wednesday. “They sued us, they tried to shut us down.

Boeing is helping Haley amplify the anti-union message. Chaney Adams, spokeswoman for the Republican governor, said the aerospace giant paid for a new radio ad in which Haley urges Boeing’s South Carolina workers not to join the union.